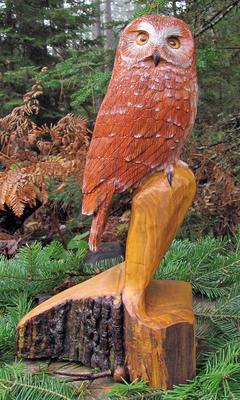 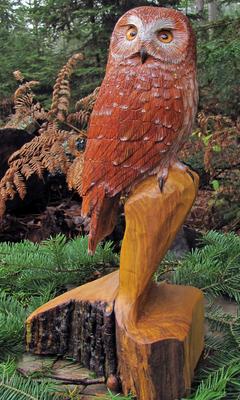 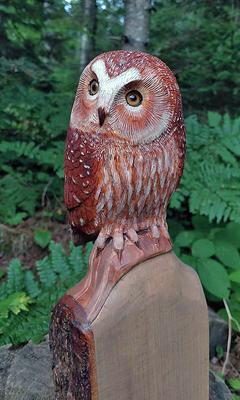 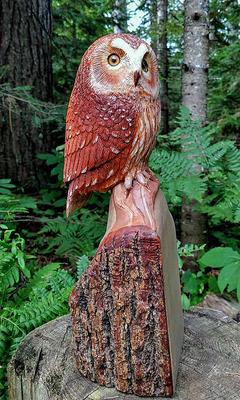 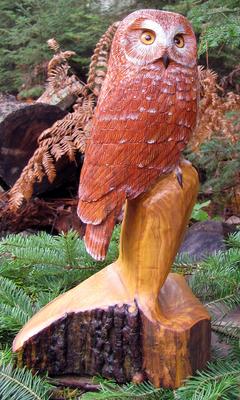 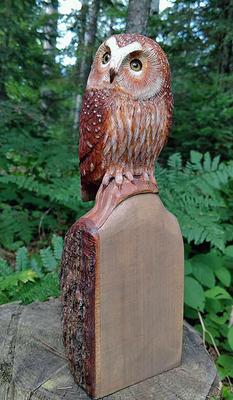 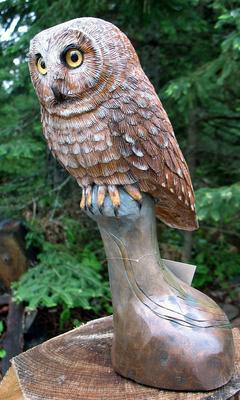 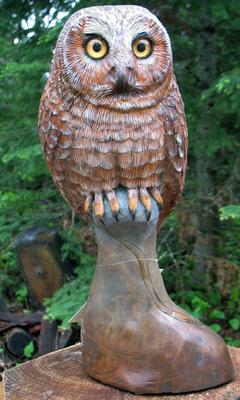 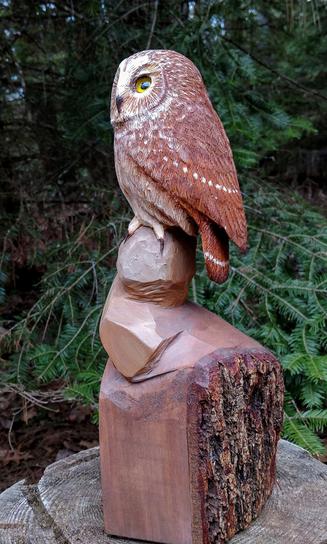 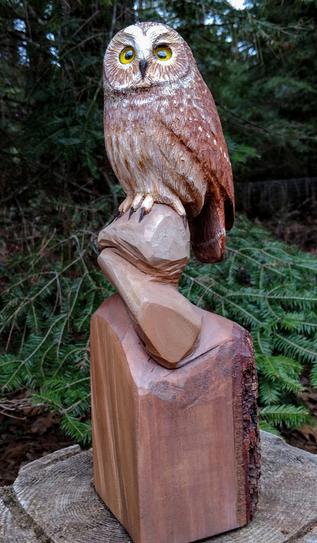 May 2019: Northern Saw-Whet Owl carved from Basswood. One of the carvings I will have for sale at the 2019 Walk in the Woods Art Fair.

A tiny owl with a catlike face, oversized head, and bright yellow eyes, the Northern Saw-whet Owl is practically bursting with attitude. Where mice and other small mammals are concerned this fierce, silent owl is anything but cute. One of the most common owls in forests across northern North America (and across the U.S. in winter), saw-whets are highly nocturnal and seldom seen. Their high-pitched too-too-too call is a common evening sound in evergreen mountain forests from January through May.