June 2018: Boreal Owl carved from Basswood. This was one of four half-sized carvings I made for the 2018 Walk in the Woods Art Fair. 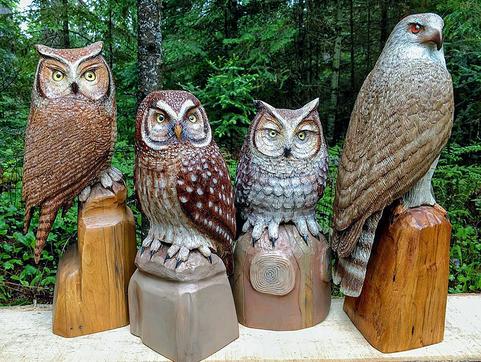 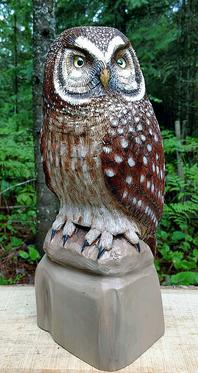 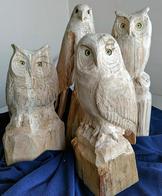 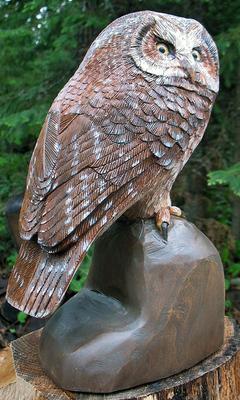 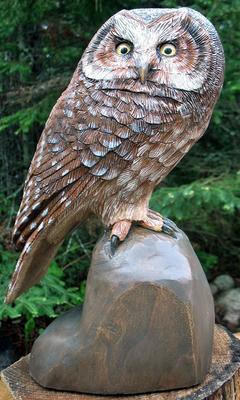 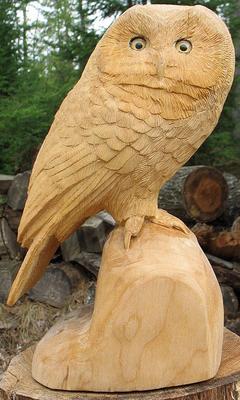 June 2013: Boreal Owl carved from Birch. First photo shows the owl just before it was painted. 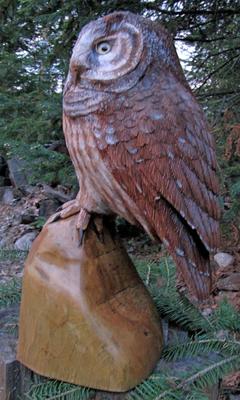 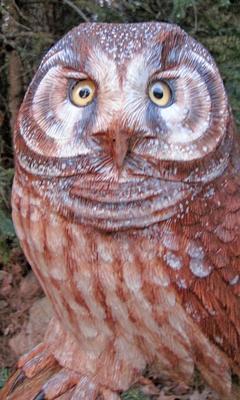 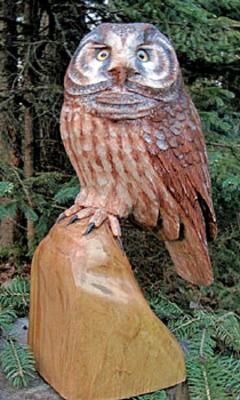 A small owl of boreal and montane forests, the Boreal Owl is found throughout Alaska and Canada, and across northern Eurasia, as well. It is found in the lower 48 states only in the mountains of the West, in extreme northern Minnesota, and as an occasional winter visitor to the northern states.